Resorption and pneumatization of alveolar ridges are common oc- currences in the posterior max- illa after tooth extraction. These may cause not only a quantitative reduction but also a qualitative deterioration of bone leading to a skeletal segment inadequate for implant placement. In these situations, the residual vertical bone height is reduced making stan- dard implant placement difficult. More than 30 years ago, Boyne and James1 introduced the maxillary sinus augmentation by lateral approach, a modification of the known sinus revi- sion procedure according to Caldwell- Luc, to allow proper implant insertion into an atrophic maxillary posterior bone crest. Subsequently, sinus aug- mentation with lateral access has been widely studied depicting this technique as a safe and highly predictable treat- ment. In 1986, a crestal approach for sinus floor elevation was initially suggested by Tatum. Summers, 8 years later, proposed the osteotome technique to place implants in a simpler, more conservative and less invasive manner than the lateral approach. Subsequently, some authors suggested modifications to Summers’ technique based specifically on the use of different biomaterials and on the expansion and compression of the alveolar crest to lift the sinus floor of the maxilla. At the beginning of 2000, some authors proposed a 1-stage technique using a specific sequence of drills or an ultrasonic piezoelectric device. These crestal techniques also demon- strated to be safe and highly predictable treatments when residual bone height was 5 mm or more. Some studies sug- gested that residual bone height had a sig- nificant influence on the outcome of crestal procedures. Specifically, suc- cess and survival rates decrease with reduced residual bone height. Never- theless, more recent multicenter studies demonstrated that the residual bone height did not reduce the success rate of the implants and associated prostheses, and that the crestal approach should be considered a viable technique also for use in patients with residual bone height of #5 mm. Nevertheless, the ability to ensure high primary implant stability in a severely atrophic ridge is of primary concern. Therefore, a staged crestal technique is recommended in these situations. However, to the best of our knowl- edge, very limited information is avail- able regarding the clinical outcomes of the 2-stage crestal sinus lift tech- nique, and no histologic evaluations are reported in the literature. The aim of this case report is a 1- year clinical and radiographic evalua- tion of implants placed in a severely atrophic maxillary ridge using a 2-stage sinus elevation crestal approach (Cosci’s technique). Histologic analy- sis of bone remodeling after using a mixed mineralized graft [mineralized human bone allograft {MHBA} plus beta-tricalcium phosphate {b-TCP}] in the augmented maxillary sinus was performed. 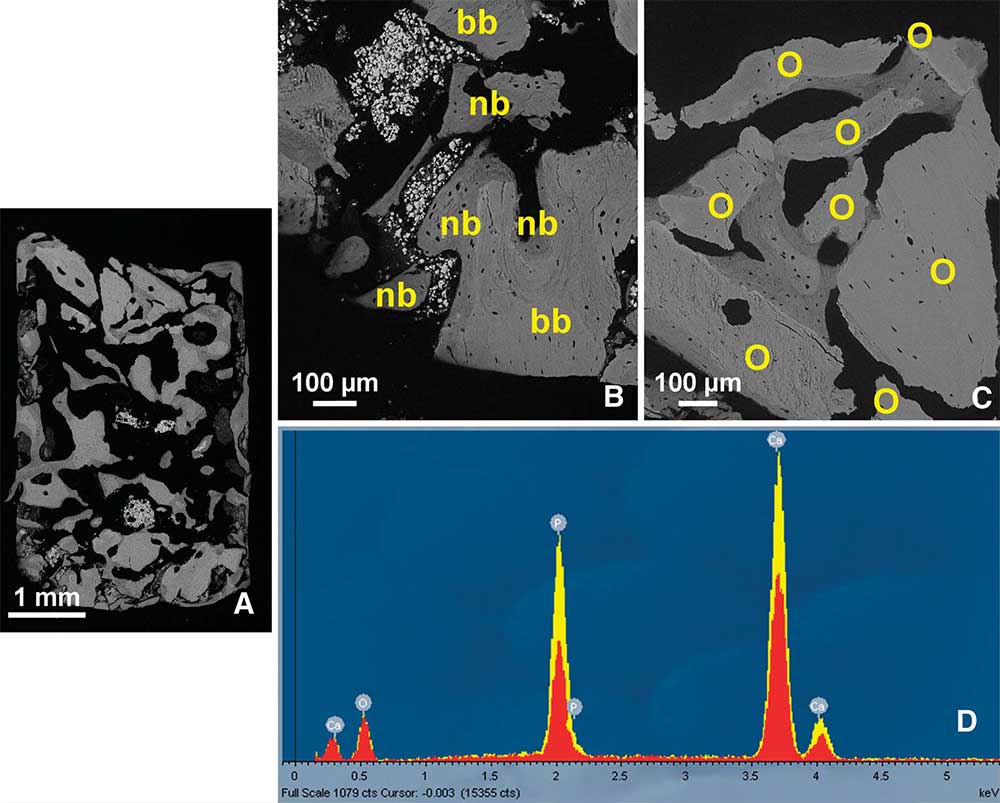 The results of this case report dem- onstrates the possibility to carry out a staged transcrestal sinus lift using sequential drills in very atrophic situa- tions. The use of MHBA and b-TCP has proven to be useful in maintaining bone volume in the regenerated

area, avoiding autologous bone harvesting, and for checking membrane integrity. Histologic analyses confirmed that the biopsy con- sists of a mineralized composite network, reaching a considerable amount (close to 50%), with a content improved

because of the osteoblast activity. An additional case series study would be beneficial to confirm, or refute the reliability of this staged trancrestal sequential technique.

Do you want to download the complete scientific article in .pdf format?
Leave your name and e-mail address.

You will receive a confirmation email with the link to download.

Shopping cart
There are no products in the cart!
Continue shopping
0